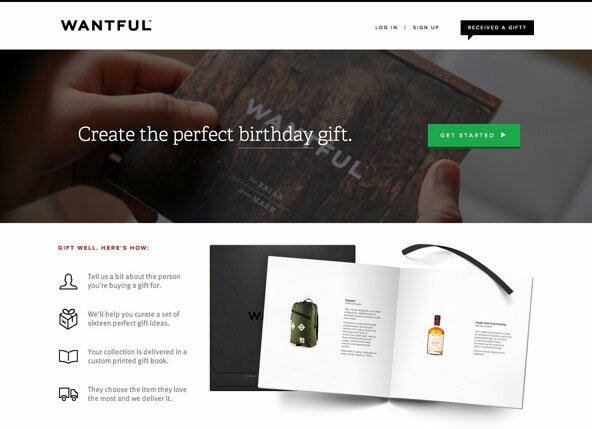 It wasn’t long ago that we heard the news about the closure of Wantful: the American startup created in 2011 by designer and entrepreneur John Poisson, which proposed the ambitious goal of revolutionizing the world of e -commerce and gifting.

But what exactly ended his run is still unknown to most people.

Thanks to an innovative navigation system, the company based in San Francisco and New York could advise their web surfers about what would be the most appropriate gift, analyzing information, the gender, tastes and preferences, of those who would receive them.

Emotional e -commerce anyway: with over 600 vendors that guaranteed exclusive and quality products.

A project on the winning card, further confirmed by high-profile investors who had placed bets on this startup. Polaris Venture Partners, Harrison Metal, Greylock, Forerunner, are just some of the funds that had believed in Wantful. Allowing them to collect more than $5.5 million in a short time.

The enthusiastic welcome on to the market, the introduction of an iPad application and a paper magazine with articles and high-quality photos (with stories on the products and retailers), seemed to confirm the most optimistic expectations. To the point that Wantful started to move away from the gift sector and moved towards an even more personalized e-commerce: in addition to finding ideas and items for friends and family , users could , in fact, also search for items for themselves. A move that put the startup up against a number of strong competitors like Wanelo, Wish, Fancy, Svpply ‘s Want, Polyvore. Amazon.

How is it possible then, that a company with an original product, operating in a market with double-digit growth such as that of e -commerce, with several million in funding supporting them and an already vast customer base, could possibly fail?

The reason is revealed on the new blog by the now former CEO John Poisson.

“Both by circumstance and execution – he explains in his last interview – we have grown very quickly, but it wasn’t the kind of highly accelerated growth required to secure later-stage venture capital.  Despite the enduring enthusiasm around what we’ve built, we didn’t have the growth curve of a 1st class business.”

For this reason, strategic partners such as Nordstromt, which would have had to guarantee support and capital, decided to pull back. Thereby preventing Wantful from being able to react and survive. Shortly thereafter the closure was inevitable.

What do we learn from this?

That even if these days it’s relatively easy, with a good idea, to start an e-commerce business and obtain financing , the truly difficult thing is to climb to the top of the mountain. Carefully planning every aspect and timing, in order to obtain a proper growth curve that can attract capital, is necessary and essential.

Keep in mind that cash is king at every stage of the company’s life!

Otherwise you may end up with a web page on which stands a sad, laconic message: “Sorry, we are closed.”

Link to the Italian version of this article. Articolo in Italiano qui.

Pleo: too much, expensive, unuseful, innovation