September 10th, 2013, from the Turntable blog: We love interacting and DJing with our community. Turntable is incredibly important to us (…). We aren’t trying to kill it, you are watching us fight for it.

November 22nd, 2013, from the Turntable blog: As much as we all love turntable.fm, we have decided to shut it down to fully concentrate on the Live experience.

Now that’s consistency for you.

For once I will not be speaking about a startup that completely failed, but a project created with one goal that then ended up focusing on another.

This isn’t the first time that I cite the case of a startup in which the focus was not properly established from the first moment, a factor that, in the vast majority of cases, leads to the certain death of the project. The founders of Turntable, however, have been lucky: despite the failure of their original idea, they have seen the light at the end of the tunnel implementing a new platform born from the one they were forced to suppress.

But let’s start from the beginning.

In 2011, Billy Chasen and Seth Goldstein threw themselves into a company dedicated to music in social streaming, Turntable.fm. Thanks to this platform, users could upload and share music from different artists, even strangers, but that wasn’t all. The novelty was the possibility of becoming a DJ and “mixing” several pieces to share with other people, virtually present in various rooms through fun avatars. 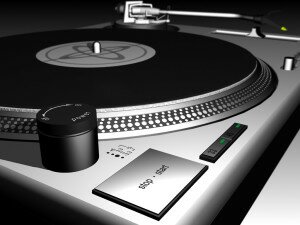 The idea immediately appealed to music lovers: they could choose whether to be mere listeners or to get in on the game personally as a DJ. What is more, the improvements to the service were constant: the “rooms ” could contain ever more users without slowing down the service , the interface became more and more user friendly, Piki was created, a simpler version that required less attention than the original player and the avatars became more unique and distinguishable among themselves.

But on December 2nd, despite all this work, Turntable.fm will close its doors all the same.

The reason is very simple: Chasen and Goldstein decided to cut what they predicted would become the dry branch of the company to give more hope of life to a project that promised great things, Turntable Live.

This second life of Turntable, the only one that will remain online, allows the streaming of live concerts with the plus, for users participating in the event, of being able to comment live. The immediate success, both among listeners and the emerging artists, gave the coup de grace to Turntable.fm. The brother born as a simple implementation has eaten the firstborn.

First of all, the money was not enough to keep up the service. What a surprise!
Many startups dedicated to music are unable to monetize the public interest. Very rarely does the equation lots of fans = lots of money correspond to reality and Turntable.fm is ​​no different. There was no fee (as opposed to the live version) and revenues came only from ads and the ability to subscribe to the gold version. A truly insignificant income compared to the costs incurred in terms of employees, advertising and royalties for the various labels.

Second: the creators had not accounted for the “laziness” of the average listener. Anyone who uses a free online player primarily wants just that, a free online player. And that’s it. They don’t want to be a DJ, chat with other users or participate in any other way. The hard core is basically made ​​up of people who just want background music while they are busy doing other things.

Third: to bring down the costs, uploading the songs could not be done directly, but only through SoundCloud. Lowered costs for the company, of course, but a more challenging procedure for users, who did not see an immediate gain in this transaction. Just the opposite, actually.

If you add to this the fact that not only were the founders not particularly gregarious among themselves but, furthermore, Chasen was not even that fond of music… (remind you of anything?)

In short: while clutching their purse strings by saving on methods of upload (damage to the user), they had a real money hemorrhage on the part of payments to the labels and artists involved .

They tried to please the customer with various implementations, they tried to appease the labels and musicians, they wanted maximum earnings… Grasp all, lose all.

Right now the choice to invest their operational and economic resources into Turntable Live may be the right way to start a successful business, of course.

But a few questions remain, however.

Although this shift from one project to another is understandable, it is not understandable why what turned out to be the best cannot pave the way for the other. The platform Turntable.fm is fully formed and fully functional. Why not take advantage of the sudden notoriety of the Live version to tow along the other one? The gains could be shared between the two, perhaps with an eye out for what looks to be the most popular. Couldn’t the Live version become the perfect antechamber to advertise the DJ function of Turntable.fm?

What can I say, better safe than sorry? But in the market the safest choice doesn’t always turn out to be the winning one. I just hope for Chasen and Goldstein that they do not suddenly find themselves without artists ready to perform on-line or without an audience willing to pay to hear them.

They’ve already played their plan B. I don’t think they have a plan C.